feeding a family with little time

The control knobs on your stove are essential if you want to precisely control how much heat the flames or the grates emit. Any problems with the knobs could mean that the temperature on an active stove isn't actually the temperature you intended. To determine whether your gas or electric stove's control knobs need to be replaced, watch out for these three signs:

Knobs Make Any Noise When You Turn Them

Whether your stove is new or old, its knobs were most likely designed to make as little noise as possible when you move them. If you suddenly start hearing a grinding sound when you turn one of your stove's knobs, it could be a sign that the knob is grinding against the metal bar it encloses. If this is the case, there's a good chance that your stove's internal mechanism for determining how much heat to emit isn't moving in sync with the knob anymore.

On the other hand, if you've consistently heard a specific sound ever since you began using your stove, there probably isn't a problem with the knobs. In the specific case of a gas stove making a clicking sound whenever you turn it on, the sound is coming from the base of the flame and not the knob itself.

You Can't Remove The Knobs Without Using Pliers

Sometimes knobs fuse with their surroundings to such an extent that you can only remove them from a stove with pliers. If this is a problem with the knobs on your particular stove, it means that debilitating food and grease buildup has gone on unopposed for a very long time.

Since stove knobs aren't very expensive, replacing them is often a better alternative than dealing with them after their surfaces have been thoroughly tarnished and eroded by food and grease buildup. If you ignore this problem, it'll start affecting how well you can control the heat level on your stove before long.

Knobs Move At All After You Let Go Of Them

While stickiness is bad, a knob that's loose is worse. In fact, even a little bit of movement on a stove knob after you let go of it is a bad sign.

When you're not paying attention, it's easy to twist a loose knob a little too hard and end up with a stove temperature much higher than you intended. To head off the disaster you would create by such a slip up, replace any loose knobs with new and sturdy ones as soon as possible.

Don't take the state of your stove's knobs lightly just because they're not the most important components of the machine they're attached to. As even totally replacing your stove's knobs will be easy and almost painless, there's no excuse to neglect any problems with them. To learn more, contact a company like K & D Factory Service Inc. 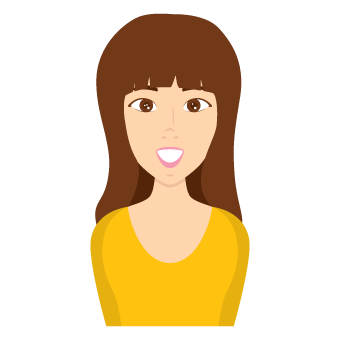 I have five kids, a husband, three dogs and a full-time job. By the end of my work day, I have very little energy to do much more than get through the kids' homework, bathe the little ones and attempt to clean up the house a bit. With my schedule, I struggle to find the time to prepare meals from scratch that are healthy, filling and that my family enjoys eating. So, what do you do when you have a packed schedule and a hungry family to feed? Read through our family blog to find out what our family does.